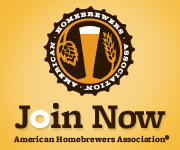 The Gold Country Brewers Association (GCBA) is a non-profit organization for homebrewers, dedicated to beer education, brewing excellence and the appreciation of real beer.

GCBA is open to beer brewers of all levels, beginning, intermediate or advanced. The enjoyment and education begins with attending your first meeting. Our regular meetings discuss brewing and technical issues as well as a style of the month. Members are invited to attend special events such as Brewery Tours, Pub Crawls, Group Brewing Sessions, and Judge Education classes. Each of these special events is designed to instruct and improve skills in brewing and beer style appreciation.

Most members come as new brewers; many credit their club involvement with dramatic improvements in their knowledge and skill. Members have even chosen to go on to distinguished careers, creating beer at some of the most decorated breweries in the industry.

GCBA is one of the longest established homebrew clubs in the United States. American Homebrew Association (AHA) Registered and a non-profit educational corporation, it has a rich history of achievement. The GCBA was the first club to win the coveted Anchor Brewing Company’s Homebrew Club of the Year.

The GCBA started and ran the California State Fair Homebrew and Commercial Craftbrew Competition until 1999 when the contract was lost in the bidding process to a for-profit orgainization. Since then, we have run Celebrewtion, a premier homebrew competion on the West Coast.

Maybe this experience and education is why we’ve won the Anchor award three times. Maybe its just because we have more fun than other clubs. You’ll have to come to a meeting to find out!